A week in Cidade Maravilhosa, the Marvelous City of Rio de Janeiro

You are Here: Handcarry Only » Blog » Travel » RTW » A week in Cidade Maravilhosa, the Marvelous City of Rio de Janeiro

The cable car up to Pão de Açúcar, with Praia Vermelha in the foreground.

Home to the largest carnival in the world, the fabled Carnaval and set enviably amongst the stunning natural surrounds of Guanabara Bay, Rio de Janeiro is the most visited city in South America. The stomping ground of the rich and famous as well as the more budget constrained traveller, Rio was the next stop for us after São Paulo along the well worn tourist trail..

We prepared for our arrival in Rio by watching José Padilha’s Tropa de Elite (gang violence in Rio and the elite police squad tasked to combat them), City of God (gang violence in the Cicade de Deus suburb of Rio) and Rio, the animated feature. Not sure to expect drug lords with AK-47s ruling the streets and street kids toting handguns or colourful macaws singing and dancing along to a Samba beat when we arrived, we got off the bus with expectations for pretty much both ends of the spectrum.

I have to report that fortunately (unfortunately?) we saw neither, the few macaws that we saw at Jardim Botanico were gorged full on bananas and lazily preening themselves, they could hardly be bothered to fly, let alone sing and dance, and the kids we saw on the beach were more interested in selling us Caipirinhas than crack coccaine. We hear that things have been cleaned up significantly in recents times, ostensibly for the upcoming World Cup and Olympics and that favelas, traditionally the hotbed of crime, had mostly been ‘pacified’.

Caipirinhas for 5 reals on the beach anyone?

Cristo Redentor (Christ the Redeemer), perched high on Corcovado Mountain in the Tijuca Forest National Park overlooking the city, is synonymous with Rio de Janeiro and a symbol of Brazil’s Christian heritage.

After the rain in the bohemian district of Santa Teresa, home of many of the city’s artists and intellectuals.

The Bondinho, Santa Teresa’s famous tram, is currently not operational, taken out of service after an accident in 2011 killed 5 people. It is scheduled to resume service in time for the 2014 World Cup.

Local graffiti artists Santa Crew have their work covering many prominant spots in the city.

Despite a profusion of beer brands, Caipirinhas (made with sugarcane rum – Cachaça) remains the national drink.

The Policia Militar maintains a highly visible and prominent presence in the city to keep the peace.

Beetle and cello in Santa Teresa

The Jardim Botanico lies under the right arm of Cristo Redentor high above and is colloquially known as Suvaco do Cristo, “The Armpit of Christ”.

Royal Palms line an avenue in the Botanical Gardens.

The world famous Jardim Botanico was founded in 1808 by John VI of Portugal and is protected as a UNESCO biosphere reserve.

The park contains over 6500 species of Brazilian flora, some endangered.

Escadaria Selarón is the life’s work of Chilean-born artist Jorge Selarón, who has for over twenty years, been working on covering every inch of the long flight of stairs outside his home in fragments of tiles in every colour and from every corner of the world.

A tree lined avenue runs through urban jungle like a green vein.

Ironically, it is often the favelas, high up in the morros (hills) of Rio de Janeiro that offer residents the best view of the city below. 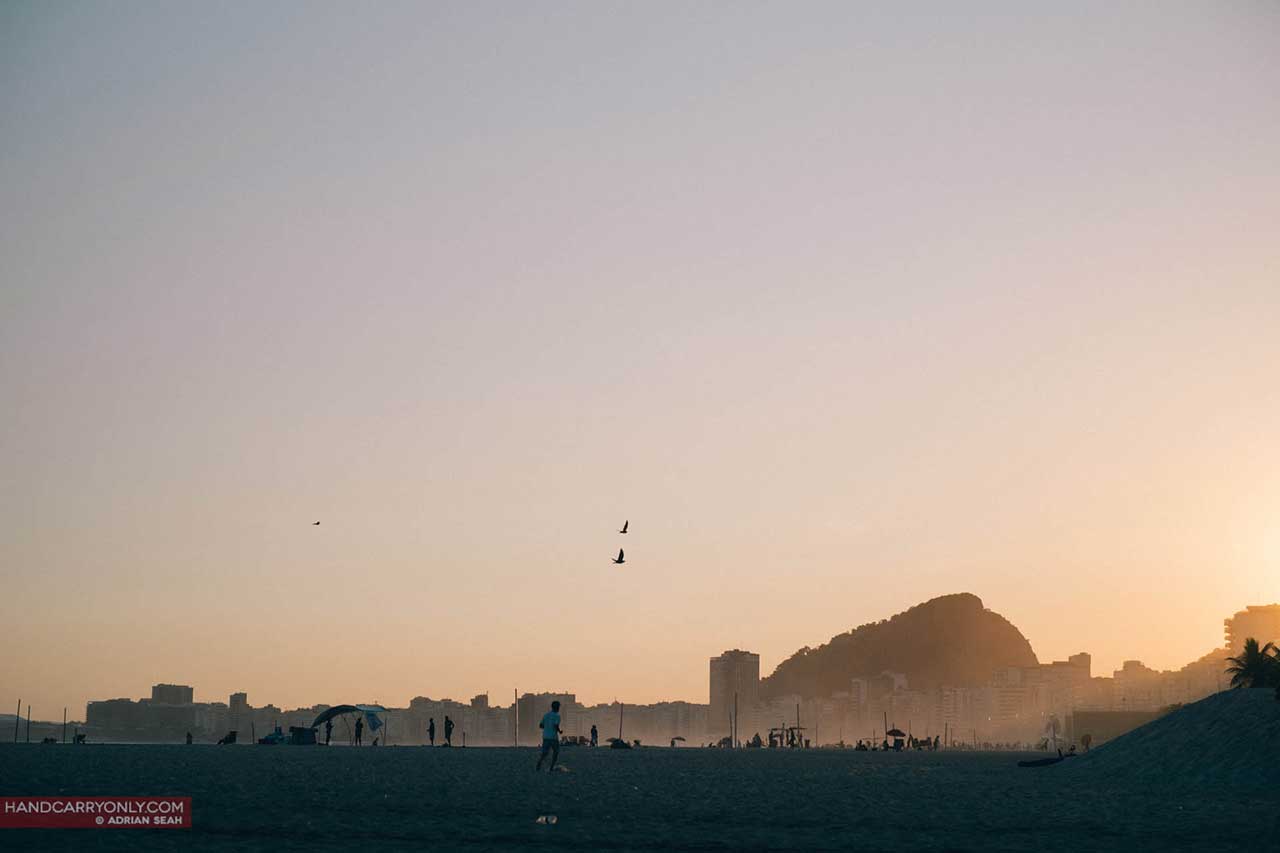 The Girl from Ipanema and the Cariocas on Copacabana