Warning: Creating default object from empty value in /home/customer/www/handcarryonly.com/public_html/wp-content/themes/salient/nectar/redux-framework/ReduxCore/inc/class.redux_filesystem.php on line 29
 Eating, Praying and Living in Bali (Part 2) | Handcarry Only

You are Here: Handcarry Only » Blog » Travel » Eating, Praying and Living in Bali (Part 2)

Now, I wouldn’t go so far as to call myself a glutton (ok, maybe I am, just a little), but food definitely excites me. Especially if it involves copious amounts of meat, preferably cooked over some kind of fire. Which is why the sublime BBQ ribs at Naughty Nuri’s Warung in Ubud is a match made in heaven for me. An open BBQ pit in front of the warung acts as their kitchen as well as a marketing tool for people passing by. The glorious smells and sight of slabs of ribs slow cooking over an open flame proves too much for many of the passers-by, which probably explains the popularity of Naughty Nuri’s. Admittedly, the price of the food is somewhat ‘expat’ and it does attract a sizable tourist/expat crowd, but I spotted a number of more middle class locals there as well. Opened by Isnuri Suryatmi and her American husband, Brian Kenny Aldinger, Nuri’s has a local yet international vibe to the place. I learnt of the mean Martinis being served there only after we left Bali so unfortunately did not try them, but we went back a couple of times for the succulent ribs, which are served in large slabs, and eaten in the dimly lit warung. I could barely make out what I was eating but it sure tasted good.

At Nuri’s in Ubud, Bali

We also attended a cooking class conducted by Paon Bali, run by a husband and wife team of Puspa and Wayan, we were introduced to various produce on offer at Ubud market in the morning, before visiting a rice paddy to learn about rice cultivation (very hard work indeed) before adjourning to a traditional Balinese house to learn the basics of Balinese cooking (way fun). Lots of chopping, pounding, slicing, frying and tasting later, we were served the fruits of our labour. All in all, a highly recommended activity should you be in Ubud.

The rest of the trip was a blur of more fantastic food, temples, cycling, sunshine, and I could have sworn there were some monkeys in there somewhere too.

Puspa pounding the paste to make the Basic Sauce

Wayan fanning the Satay on the hot coals 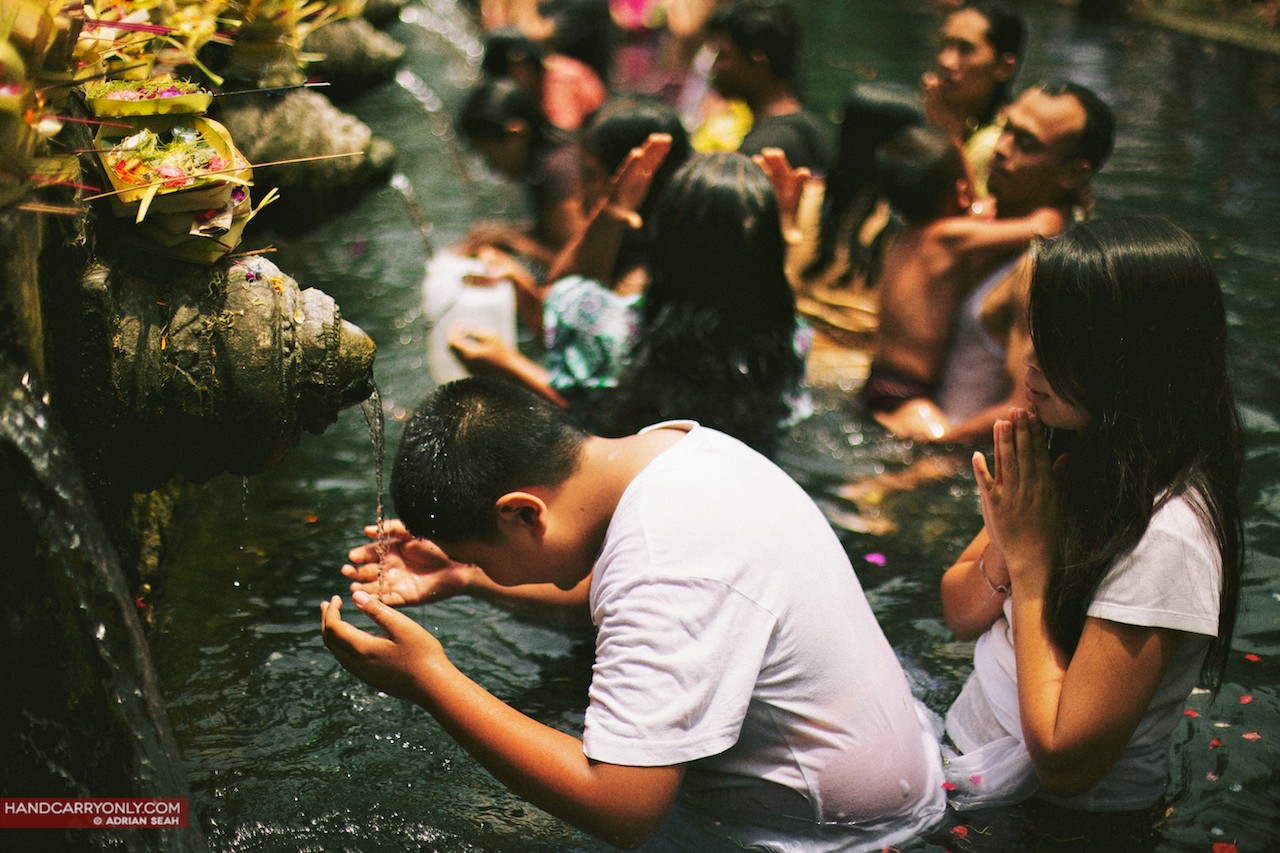