You are Here: Handcarry Only » Blog » Travel » RTW » Movies and Fried Rice in Lima Peru

The boardwalk off the lovely Lima neighbourhood of Miraflores

We were approaching Lima from the north, the road a thin strip amongst mind-bogglingly high sand dunes. The dunes were shored up with sandbags and wooden scaffolds, but it looked like a stronger than average breeze will send the whole contraption straight into the sea below. But for now, our luxury Cruz del Sur bus hummed along on the bizarre looking landscape.

It was evening, and the setting sun cast her golden light on the whole scene, the stunning beauty of the landscape outside the window providing needed distraction from my rumbling tummy, long overdue for some proper food.

Lima is Peru’s capital city and its beating commercial heart. Set on the coast overlooking the Pacific Ocean, Lima’s almost 9 million strong population makes it Peru’s largest city, and indeed, one of the largest in the Americas. It was founded by Spanish conquistador Francisco Pizarro in 1535 as ciudad de los reyes – City of the Kings, being the capital city and the most important city in the Spanish Viceroyalty of Peru.

We were delighted to be in a big city for a change, we had heard about Lima’s culinary offerings since we had been in Bolivia. Our Spanish teacher in Sucre, Bolivia was from Lima and was constantly waxing lyrical about its fantastic food, and its famous Chinese restaurants known as ‘Chifa‘ – Chinese food with and Andean heart. Having more of less been surviving on a diet of rice, corn and lomo saltado, I was delighted to have other offerings on the menu.

The city rat that I am, happy as I was in the smaller towns and countryside, the big city always brought me a reassuring sense of calm. Paradoxically, I feel at home being anonymous amongst the crowds of the city, the hive mind of the people rushing from one place to another. This short stay in Lima was mostly going to be about eating, resting and perhaps a movie at an actual cinema.

It’s strange to think about watching movies whilst on the road, it is not something one would typically do whilst on holiday but we had been on the road for about seven and half months now, and had sought create some semblance of normal life whilst being on the go. Movies did that for me, its reassuring to know that from Port Alfred in South Africa, to Buenos Aires in Argentina, and now Lima, Peru, there was the familiar sound and smell of popcorn to accompany a movie. Somethings really don’t differ that much anywhere in the world, for good reason.

The beautiful architecture in the historic centre of Lima, with the Montastary of Saint Francis in the background

The rich history of the city is evident everywhere one looks

Dusk at the grand Plaza de Armas, in the historic heart of the city 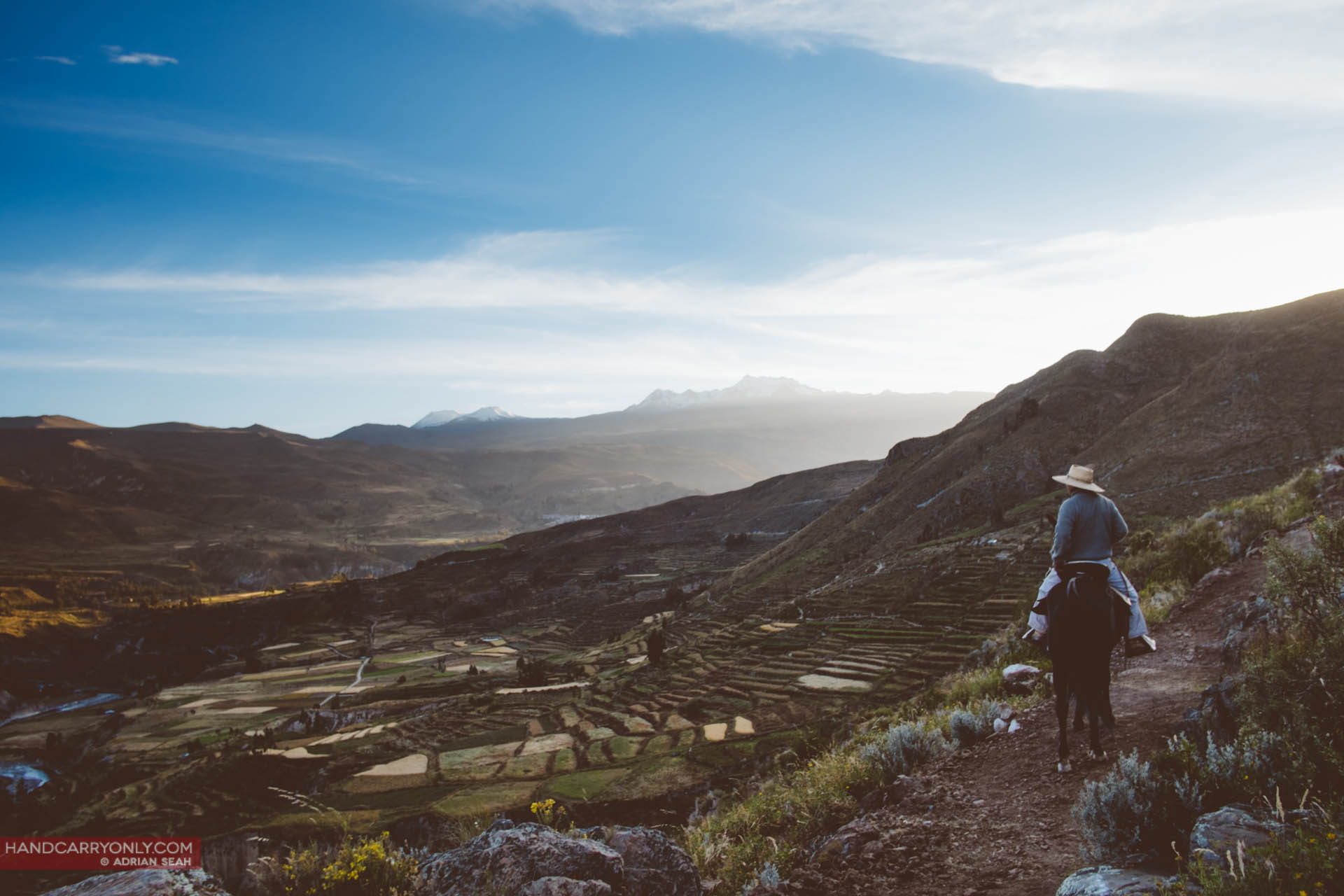 Condors and Grave Robbers in the Colca Canyon in Peru