What I learned from the people of Havana Cuba

You are Here: Handcarry Only » Blog » Fujifilm X-Pro1 » What I learned from the people of Havana Cuba

You would think that all the years of international isolation, economic sanctions and general hardship would have exacted a devastating toll on the people on the island of Cuba. That they would be angry, hostile and bitter with Americans and the outside world in general, seen as more or less responsible for making life harder than it already is, severely limited purchasing choices for everyday items and inflated prices.

You could not be further from the truth.

Cubans are an extremely hardy bunch, and a people determined to make the proverbial lemon aid from the over abundance of lemons being hurled at them. The seem to be to be determined to enjoy life, and make do with what they have. In the absence of a proliferation of mobile phones and first world gadgets, the art of conversation is still very much alive in Cuba. Everywhere you look, instead of people intently staring away at their mobile devices, as is common in so much of the rest of the world, people linger, make eye contact, and talk. A lot.

Hailing from a country where kids text each other from across the table, I cannot tell you how refreshing this is. Despite our barely functional Spanish language ability, it was still highly fulfilling being a part of so many conversations with so many Cubanos. It shed light on how they live their lives (as best as they can with limited resources), what they thought of the rest of the world (come and see beautiful Cuba!) and their vision of Cuba to come (changes, albeit poco un poco).

The state seems to provide enough for a basic level of life, but never enough for any extravagances. Little luxuries are bought from the fruits of private enterprise, be it in the way the annoying jineteros (street hustlers) do it, hawking cigars, restaurants and girls for a commission, or by being involved in some other way in the tourism industry.

We gave away whatever we could from our limited long-term travel possessions, small bars of soap liberated from hotels prior, clothes that could do without, pens and pencils for kids, even medication from our travel medical kit. All were received with much gratitude. I only regret not being able to give more. If I could only transport the contents of our pre-RTW life (in numerous boxes at my Mom’s in Singapore), I could have given away three-quarters of it and not missed any of it. It seemed absurd that I should own so much stuff, most of which I never use anyway.

I come away from this trip more resolved than ever before not to fill my life with stuff, and to always prioritise direct human contact over a more impersonal forms of interaction. Only time will tell how successful I am in this regard, with the all pervasive culture of social media and smartphones ruling most of our lives. It was a reaffirmation of the fact that you really don’t need much to be happy in this life, certainly not roomful of stuff in boxes that you can barely remember anyway.

I love the Cuban attitude towards life, one of taking each day as it comes, not sweating the small stuff, and determination to enjoy life, come what may.

Three boys in the neighbourhood with their makeshift tricycle

Two friends sat chatting on the Malecon at sunset

He punched his fists the moment he saw me with the camera, something tells me he’s not new to this

He was hanging clothes to dry on an abandoned second floor of a building when I asked him for a photo. He promptly walked to the balcony, struck the pose and I clicked the shutter. 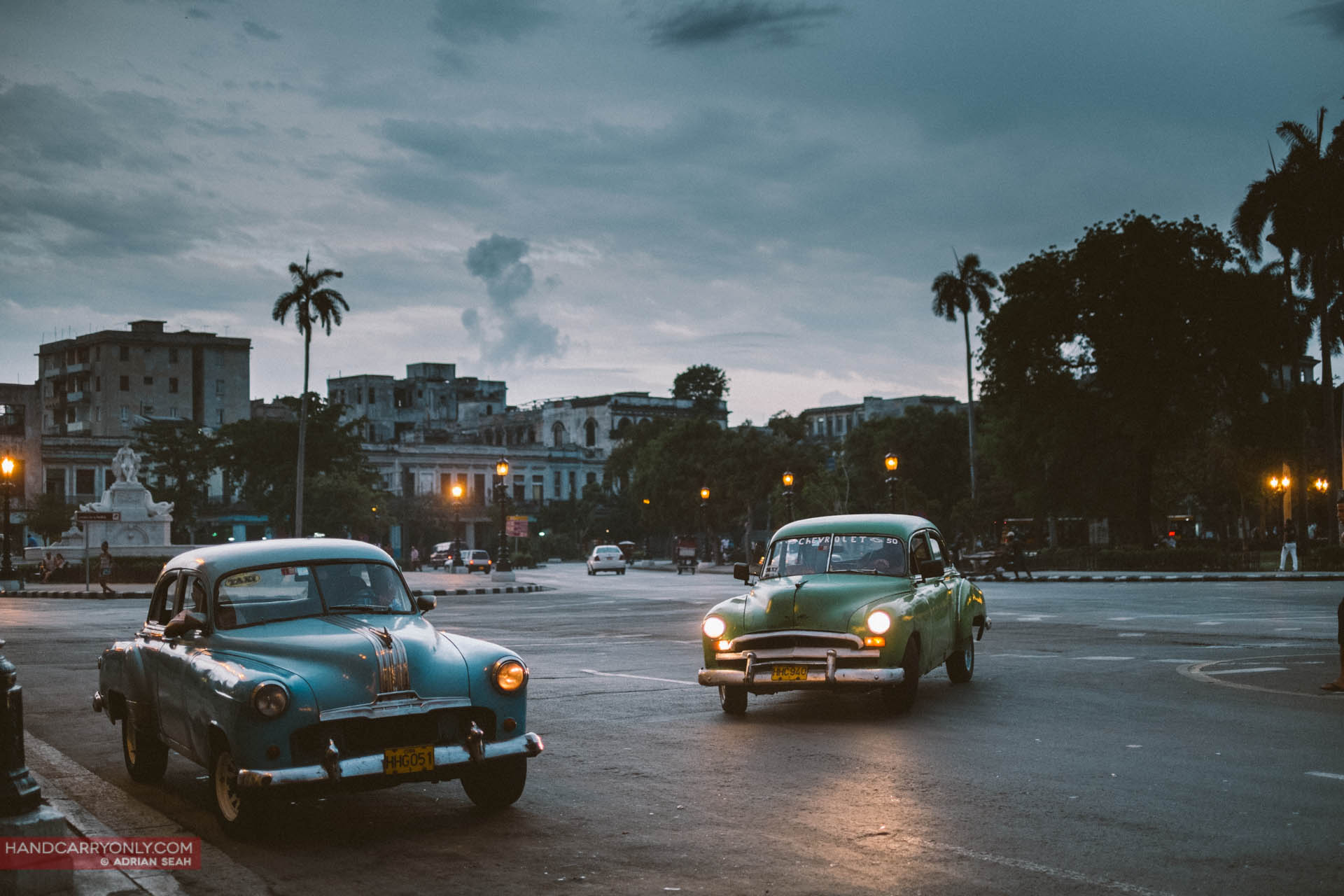 Havana – Cuba and The Impending Winds of Change