You are Here: Handcarry Only » Blog » Travel » RTW » Portraits from Trinidad Cuba

In what turned out to be our favourite city in Cuba, we found ourselves in Trinidad. Immediately, we could sense a distinctively different vibe when we got off the bus, apart from the initial surge of jiniteros elbowing and jostling their way towards us at the bus station, touting the ‘best room in Trinidad’, we were, just a street corner away from the initial fray, pretty much left alone for the rest of our stay in the city.

Trinidad is a city frozen in time, colonial architecture liberally scattered throughout its cobbled streets and squares, quite insulated from the relentless march of modernity. Located in the province of Sancti Spiritus, Trinidad and its neighbouring Valle de los Ingenios is a UNESCO listed site. Once a prosperous city fuelled by the sugar mills surrounding it, Trinidad is now a shadow of its former glory but no less beautiful, albeit in a slightly dilapidated and tragic way. Named in honour of the Holy Trinity, Santísima Trinidad, or more commonly, just Trinidad, is bordered on the North by the mountainous El Escambray and situated by the edge of the Carribean Sea.

Whilst the rest of Cuba is not in any way lacking old colonial buildings, there was something especially authentic about the ones in Trinidad. From sprawling old colonial palaces and plazas to crumbling structures of sugar mills from a different time, everywhere you looked, it was like looking through a time portal.

Rooting through our (humble) possessions, we liberated a few ballpoint pens, three coloured pencils, a purple nylon sling bag, some Japanese cartoon stickers, two chocolate bars and a bag of candy and gave them away during the course of our stay there. Local kids were the main recipients and seemed immensely grateful, despite the modesty of our offerings. Seeing how thankful they were made me really guilty for the times I’ve hoarded inordinate amounts of junk in my life prior to the travels, all the things you were convinced you needed but ended up in one cupboard or another, forgotten and neglected. I made a mental resolution to consume less and tread more lightly in my life going forward. 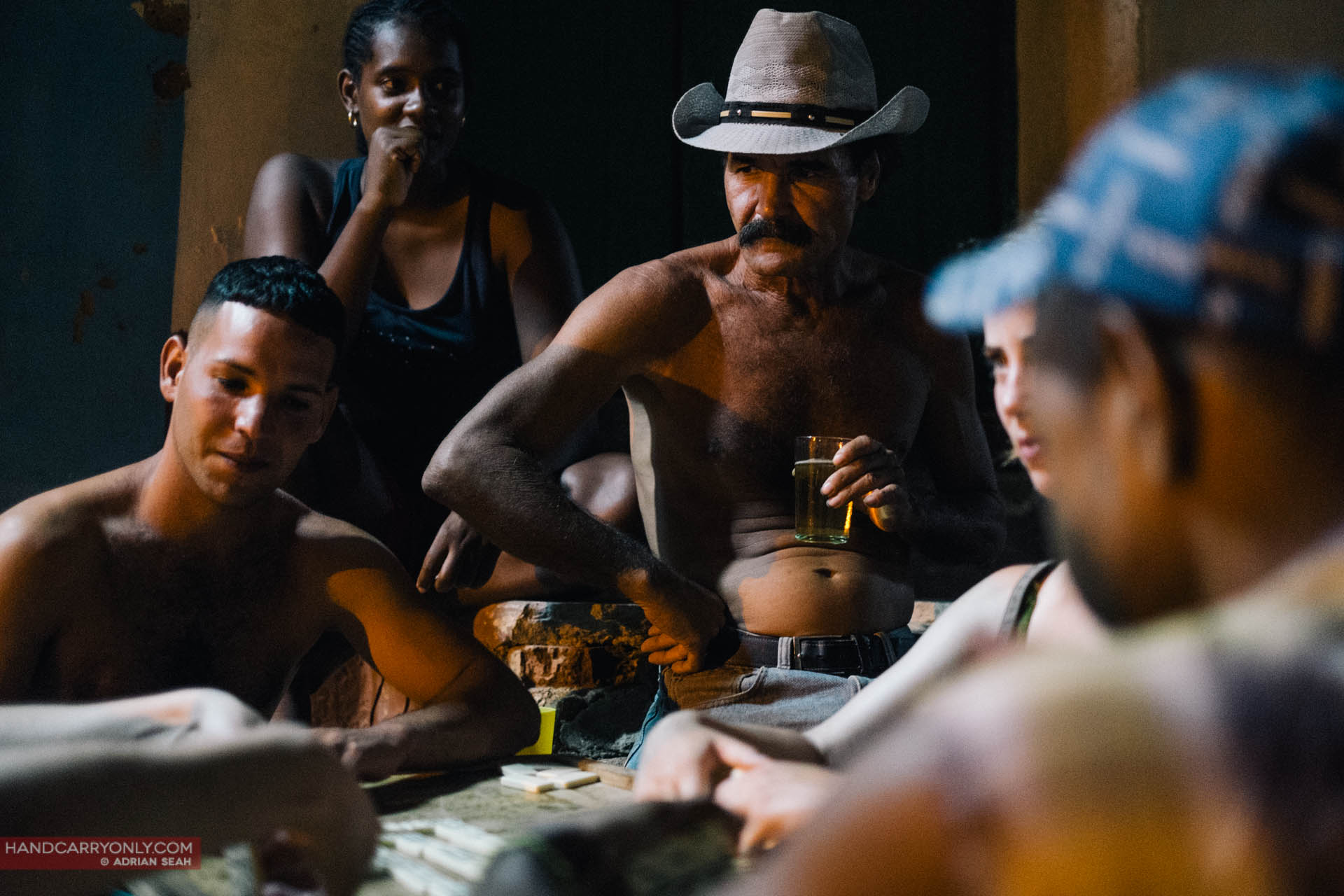 Domino players by a sidestreet in Trinidad Cuba