The long road to the Inca citadel of Macchu Picchu

You are Here: Handcarry Only » Blog » Travel » RTW » The long road to the Inca citadel of Macchu Picchu

Mud squelched under my feet as I trudged ahead in the pitch black. The rain had been steadily picking up in the past ten minutes, an increasingly urgent patter off the brim of my hat, the plastic poncho I had on crackling noisily with each step. My torch provided a small circle of illumination on the path ahead, revealing ancient Inca stone steps, stretching all the way up into the all enveloping darkness.

I had been rudely awakened by the shrill screech of my alarm in what seemed like a long time ago, but in reality probably not more than an hour prior. My excitement at this being ‘the day’ was only dampened by the rhythm of the raindrops against the window. We had wokened up extra early with the intention of making our way up to see Macchu Picchu at sunrise. What stood between me and my objective was 1726 steps, ancient, Inca, stone steps that needed a significant expenditure of energy to surmount. What I didn’t count on was the rain, or the height of the steps, which the diminutive Inca must have somehow sprinted up, but at that moment, seemed to me like mini walls to scale.

The water was fast becoming a river, flowing down the steep and seemingly endless flight of stairs. With each step, I had to pay attention not to lose my footing. I will admit that somewhere about halfway through, I was openly cursing and regretting not taking the option of the bus to scale this mountain. Of course, it was far too late for regrets by then and the only way, was up.

The ancient Incan citadel of Macchu Picchu, stuff of legend and undiscovered by the Spanish, is perched on a mountain ridge above Urubamba Valley, 80km from Cuzco, the capital of the Incas. First publicised to the world by American Hiram Bingham, who was in Peru seeking the mystical Vilcabamba, the Lost City of the Incas, but instead found this magnificent Incan city set amongst the clouds, untouched since it was first abandoned by its inhabitants almost 450 years ago. Macchu Picchu has since become a UNESCO World Heritage Site and unofficial mascot of Peru, and a major tourist draw. Lured by the promised of mysterious ruins and lost civilisations, thousands upon thousands of tourists descend on the ancient site each year.

The rain showed no signs of abating, clearly, the chances of a glorious sunrise on Macchu Picchu was all but non existent. I turned around to look, hoping my arduous trek would have at least rewarded me with a stunning panorama of the surrounding mountains but what wasn’t still enveloped in darkness was more or less completely shrouded in fog.

By then, it was hard to tell if the poncho I had on was doing a better job keeping the rain out, or my perspiration in, in any case, I was completely soaked. My Goretex boots were like two soggy bags I had my feet in, sloshing and squelching with every step.

After what seemed like proverbial eternity, I heard the roar of bus engines above me and soon after, I popped out from the bushes right in front of the bus drop off area where a fresh load of (dry) passengers were just getting off. Macchu Picchu awaited.

Perhaps I should have taken the bus instead.

The view down one of the steep sides of the mountain reveal little, owing to the thick fog. 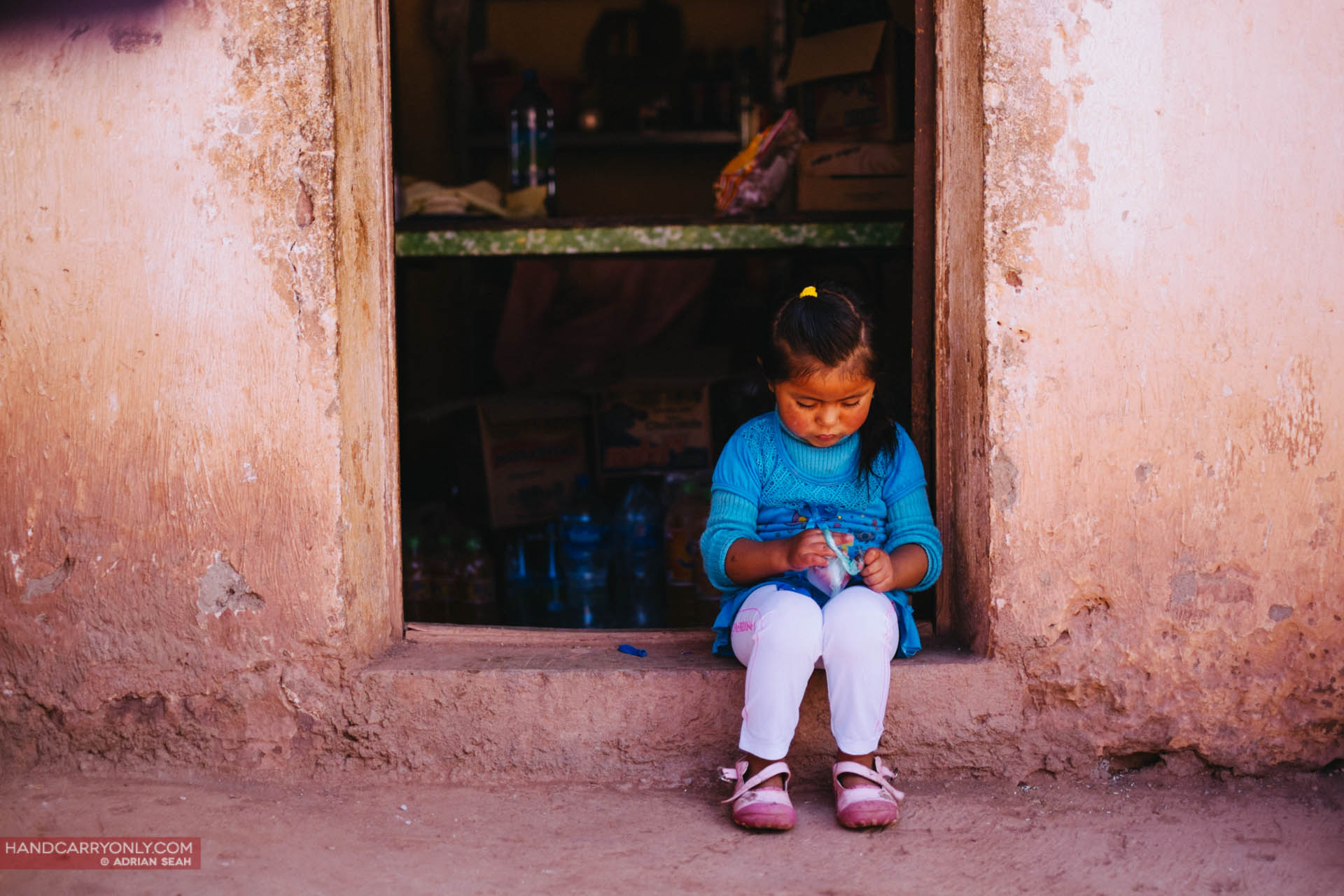