Warning: Creating default object from empty value in /home/customer/www/handcarryonly.com/public_html/wp-content/themes/salient/nectar/redux-framework/ReduxCore/inc/class.redux_filesystem.php on line 29
 A View From The Roof In Cienfuegos Cuba | Handcarry Only

A View From The Roof In Cienfuegos Cuba

You are Here: Handcarry Only » Blog » Travel » RTW » A View From The Roof In Cienfuegos Cuba

The sticky heat lingered in the afternoon air like a damp blanket, stifling and energy-sapping. It was midday, and the streets were quiet. The few people ambling about-children in their school uniforms, topless men with sun weathered skin hauling large sacks, all keeping close to the pastel coloured buildings, trying to stay within the thin sliver of shade provided by the low rise houses lining either side of the street. Children with homemade toys, constructed out of string and other rudimentary materials play on the streets, oblivious to the heat, whilst men huddled around low tables by the walkways, lost in games of chess and dominos.

Cienfuegos, Cuba’s Perla del Sur (Pearl of the South), is a somewhat sleepy town, sharing her name with Camilo Cienfuegos, national hero and one of the key figures of the Cuban revolution. Founded in 1819 (curiously, the same year Sir Stamford Raffles founded my homeland of Singapore) by French immigrants, the city retains its distinctively French vibe in its street layout and architecture. Wrapped around Bahia de Cienfuegos, a stunning natural bay, the historic city centre is a UNESCO listed World Heritage Site.

‘La ciudad que más gusta a mi’ (The city I like best) read the lyrics penned by legendary Cuban singer Benny More on his favourite city, greet visitors on a sign as they approach La Bahia de Cienfuegos.

Flagging down a horse cart along the main strip, we slipped the driver 1CUC for the ride down to the tip of the bay, Punta Gorda. The long and thin peninsula sticking out into the water is scattered with eclectic and dilapidated palaces, leftovers from a more glorious time in the city’s history, vestiges of the American influences under the Batista government. Sipping on a lemonade, we sat on the rooftop of the Palacio de Valle, an opulent pink building that was still in relatively good nick. The warm sea breeze was like a tranquilliser, lulling us to sleep, sitting on plastic chairs atop a semi-delapidated pink palace in Cuba. Surreal does not begin to describe it. We were the sole customers on the rooftop bar, the bartender, in his waistcoat an in a little booth, paid us little heed as he chilled his forehead with cubes of ice, no doubt meant for the mojitos he was meant to sell. A small portable radio crackled in the background with Benny More numbers.

Sauntering down towards the point, we struck up a conversation with a bicitaxi rider, by that point, I had started responding to questions regarding our nationality with replies of random countries. I had told him that we were from Canada (apparently one of Cuba’s best friends in the international community) and had started a conversation about ice hockey (which, incidentally, I know nothing about). Despite the duplicity on my part, we learned that when he is not peddling tourists around on his bicitaxi, he plays football for his local team, who trained in an open field just down the road. I tried not to blow my cover with my non-existent knowledge of ice hockey, apart from the fact that there are punch-ups every now and again. I’m guessing it would feature as one of the more exciting aspects of the game? I certainly know many people who watch Formula 1 just for the crashes, this would be the ice hockey equivalent.

There was nary anything going on apart from a scraggy looking dog rooting through a pile of trash at the back of one of the makeshift sheds by the side of the road a few metres away from us. He sniffed intently at the pile, pushing aside a plastic bag with his nose, before finding something beyond that that held his interest for another brief moment, before he probably decided it wasn’t worth the effort. The dog then slid away, disappointed.

In any case, when we ran out of Spanish vocabulary to carry the conversation any further, we bid our new friend goodbye and started the long walk back to town, in search of some ice cream to cool the heat. 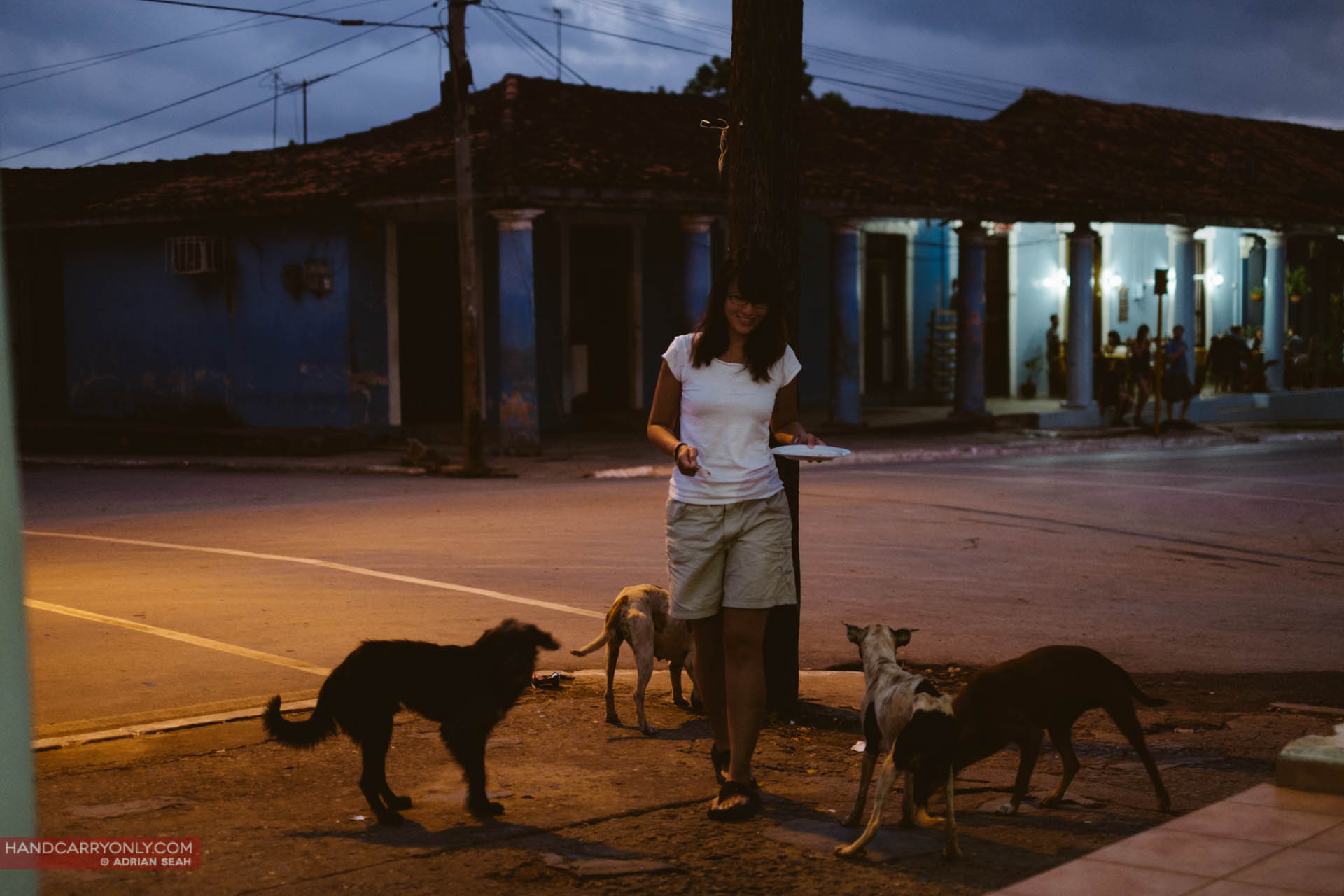